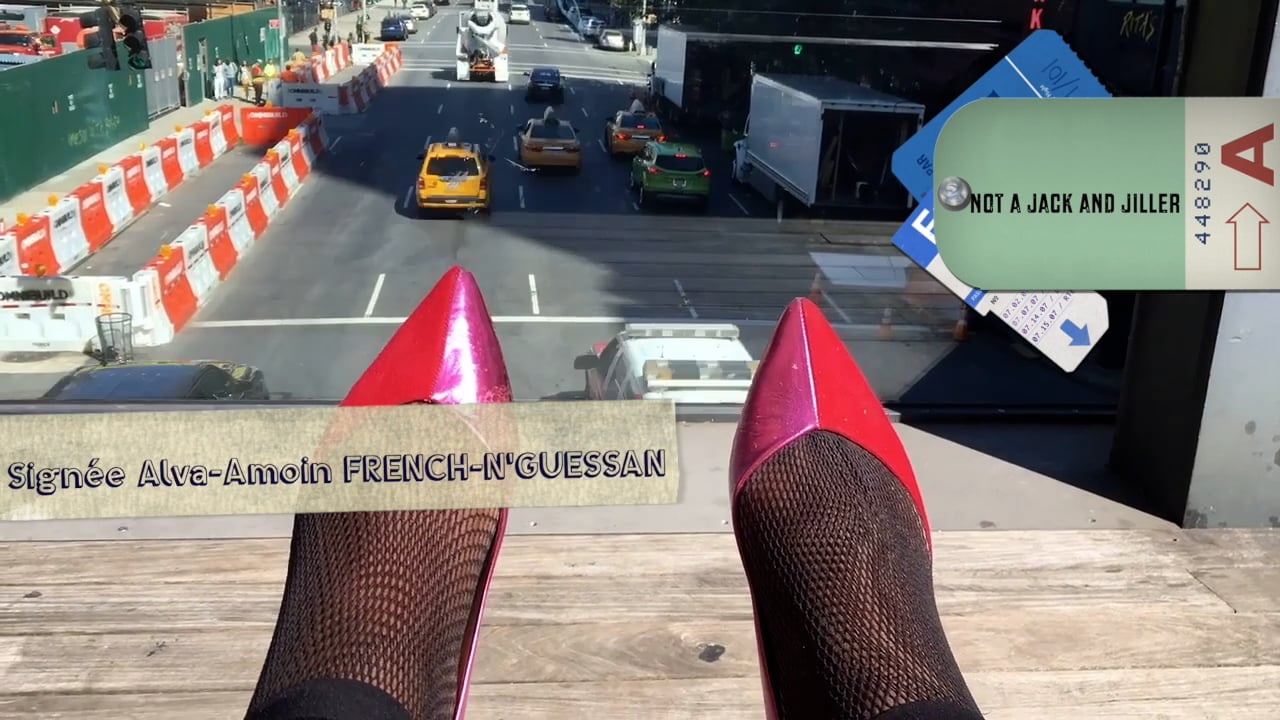 For 7 days, dozens of young women who were sexually abused by Larry Nassar confronted him in court. Here's what they said.

As the first French Video Journaliste at BuzzFeed News, New York, I produced and edited this news video for BuzzFeed News that was originally published on its digital platforms on January 24, 2018. The video footage I used was based on all available news wire footage at the time.

I pitched, produced and edited this news video as a the first French Video Journaliste for BuzzFeed News, in New York, published February 2, 2018.

Olympic Gold Medalist Aly Raisman organized the criminal courtroom confrontation in Michigan of dozens of Team USA Gymnasts over seven days from late January 2018 to early February 2018. As a result of their testimony both in and out of court, Larry Nassar was sentenced to one hundred seventy-five years in prison for raping gymnasts in February 2018.

Out of Balance: A blind eye to sex abuse: How USA Gymnastics failed to report cases by Marisa Kwiatkowski, Mark Alesia and Tim Evans

What EFFING ville do you think you're in, un sujet de leur majesté britannique, Lily Collins d'Emily in Kenosha on Netflix?, teaser

Here's how I know I am in Gringoland, USA, Marie-Antoinette edition, teaser

I self-produced this vidéo-tribune denouncing DACA and immigration lawyers as a naturalized U.S. citizen, tri-national.

Force your mother to give birth to you in the US (droit du sol) or visit usa.gov

The video above is one I pitched, produced, filmed, edited and voiced as the on-camera journalist during my first semester as a grad student at CUNY Graduate School of Journalism in Fall 2010.

Here's how I adapted my original news idea that I pitched and produced as a NYC-based field producer-stringer for APTN in March 2012.

Here's a version of my original news idea that WSJ produced in May 2014.

I began working at WSJ's video unit as a fill-in video producer in March 2019.

I francobaoulée.fr Alva-Amoin FRENCH-N'GUESSAN just blocked & removed over 50 LinkedIn contacts from my network. If you are among the folks that I blocked or removed as a 1st connection, DEGAGE. #Neveryourfuckingfriendevercestpromis

Assaulting and threatening a journaliste, including defacing and destroying the property of ledit journaliste is a FELONY in these United States since the 18è siècle.

Please respect our boundaries now and forever. We want nothing to do with you. We are not a fan of your work. We never mince words. At all. Ever. Bon vent. Démerde-toi tout seul. Petit conseil.

I have been an able-bodied, deuxième génération French cinéaste since le 20è siècle.

As an alum of CFJ Paris (75), I was the first French producer of NBC's Meet the Press. I signed a Non-disclosure Agreement with built-in restraining orders against my former NBC colleagues in December 2014 terminating my employment with NBC Universal.

Née à Pap'eete (987), I am graduate of Albany High School (NYS), Université de Paris (75), NYU, CFJ Paris (75), and Les Ateliers Varan (971).  I am Franco-Baoulée, and a bilingueanglais.org based in the US with a Carte Vitale (CPAM de 975).  I have tax returns, health records and bylines to back up my global reporting career across three continents ('Amérique du Nord, l'Asie, et l'Union européene) dans mes deux langues maternelles. Devine lesquelles.  I am a registered voter in the United States et chez nous à la République Française en l'Union européene.

I am never eligible for U.S. taxpayer production funding from ITVS/PBS™

I am a journaliste in a journalisme union, bilingue anglais, essential worker, omnivore, loser, and a private citizen.  Don't wait up, petit conseil.

I was roofie-raped while a student in my native France attending university in the 20è siècle, and have suffered workplace sexual harassment ever since.  On est 2022. Don't wait up, petit conseil.

On Twitter.com, I recently reported on the plight of Kyle K., an American with Parkinson's Disease mocked for his condition by nursing and hospital staff while undergoing treatment at a medical facility associated with New York Presbyterian Hospital in Manna-Hata, Gotham, NYS.

My aunt was the late Dr. Julia L. Freitag, Assistant Commissioner for Health Manpower for the New York State Department of Health, and a graduate of Cornell Medical School.  My grandfather, upon his return to the U.S. from my native France, developed computer records using IBM mainframe computers to generate your medical records and mine for the New York State Health Department in Albany, New York.

I was NBC News' primary contact for Edward Snowden and his family during the Obama White House.

I am represented by Zeynep Sen, a graduate of Sarah Lawrence College, at Wordlink Literary Agency.

NDLR: The news video on the left side of your screen is one I pitched, produced, filmed solo on location in Chicago, Illinois and edited in March 2018 as the first French Video Journalist at BuzzFeed News* New York.

BuzzFeed News has regularly reposted my social news video since my departure in May of that year.

* I do not hold any stock shares in BuzzFeed Inc.

FIND ME AROUND THE ARPANET || gafataxehoy.com™

NDLR: The Reuters news video on the left side of your screen is one I pitched, produced, narrated, and edited in January 2020 as a staff News Explainer Video Producer (NewsGuild) at Reuters in New York City.

Hire me on StoryHunter.

Check out an old blog I used to write in French and English on indie music in Paris.

My author page at WordLink Literary Agency, where I am represented by Zeynep Sen.

Here's where you, too, can enjoy my tweet storms.

Solo Business Travelers: Inquire about staying in my spare room in my New York City apartment.

Visit my Vimeo page with exclusive previews of some creative projects I am currently developing.

HOW I MET YOUR FATHER #8

First Person: Being HIV+ Not End of the World

A young woman from Soweto, South Africa, Mandisa Mandikane, shares her harrowing personal story of AIDS to raise awareness about HIV prevention while attending the 2012 International AIDS Conference in Washington.

I pitched, produced and edited this news video for the AP, as a video producer in the Washington DC bureau.